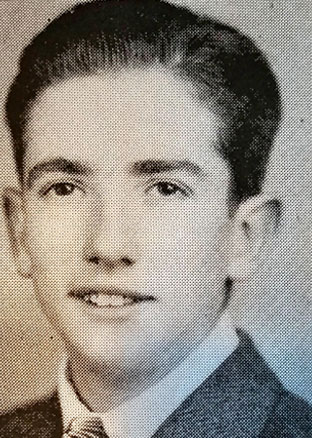 Following graduation from Penn State University in 1949, John E Hughes, Jr., entered the U.S. Air Force, where he served for 6 years. During that time, he was a combat fighter pilot with 30 missions over North Korea.

He flew the F-86 Saber as a wingman for Buzz Aldrin, the second man to land on the moon. Lt. Hughes was awarded the Bronze Star for his service during the Korean War.

After leaving the Air Force, Hughes secured employment with the Atlas Powder Company and their successor ICI Americas, Inc., where he served as the Area Manager for New England, New York, and New Jersey for over 30 years. 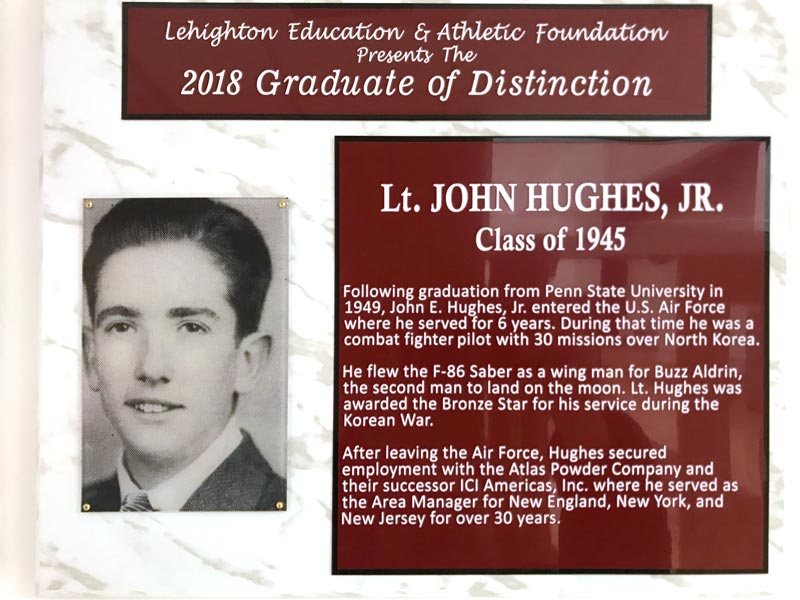